While looking at the phone if you have ever wondered why is there a red light on my phone near the camera? you shall surely be having the answer to it before you look at that red light on your phone again!

Why is there a red light on my phone near the camera?

Oftentimes we have seen a red light that appears on the phone near the camera. This light is called the proximity sensor. This light usually appears on the front side of the phone beside the camera. This sensor helps into detecting the adjacent objects to the phone. It also emits a very little amount of electromagnetic radiation. This is the reason why during speaking to someone on the phone, as you bring the phone close to the ear, the light on the screen turns off. With the help of its emissions the sensor is able to recognize the presence of yours. This sensor emission beside the phone’s camera of yours shall only be detected by another phone and not by the human eyes. You shall be able to see it as you place another camera over it.

The little flashing light which happens to be approximately the size of the pixel may also flash a light over the top of screen on your phone as the proximity sensor gets enabled. This is absolutely a normal thing. This proximity sensor turns off the light on the screen of the phone while you are on a call so that it prevents accidental touch or even when it senses your face or the ear is near the phone during a call. There is other indication to this red light as well. If you happen to notice the red light on the camera of the phone, it signals that the battery has got exhausted completely. When the red-light blinks, it is the indication to you that there is no energy left on the battery to switch on the lights of the phone. You got to charge your phone completely before you shall be able to restart it again.

Further reasons of the red light near the phone camera 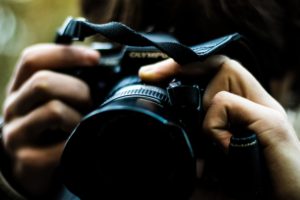 There also happens to be a possibility that that red light is an IR light that reveals the detail in the dim light if the light happens to be sightly beside the camera having a 2-5mm circular diameter. That light is also probable to the indication that the camera is on displaying over the phone screen of yours.  Having said that the red light could also mean that it is part of the sensor. This you can be certain of if you are only able to see the red light from a particular angle and the red light is lesser than a millimeter wide. If such happens to be the case then it would probably be appearing towards the middle of the lens and should be in the square form. It is certain that any behavior of the indicator lights on the camera are controlled by the software of the phone.

Further to the phone cameras, even the webcams too come having the light that either stays on or even flashes when some app is using the camera, while others come having the indication that either flashes or keeps being on when some app is using the webcam. There are come indicators as well that lights up to signify that has been plugged into either for recording or for delivering the photographs.

Thus, it gets clear to us walking through the analysis and trying to understand the reason from various angles that the red light that you often see appearing on the phone near the camera serves into providing you with a visual signal. It is an indication that the camera is operational and happens to be connected to the internet. Even while you log into the webcam the first thing that you get to notice is the bar having your name, the name of the camera and also the IP address of it as well. As you look at the phone the similar thing happens as well. On the top bezel of the phone are the two proximity sensors. The ambient light sensor of the phone allows to dim the display lights among its other functions. Because the sensors in the phone does not needs the lens to function, so all you get to see is the very dim lights that happens to bounce off from the sensor. You can be certain that the phone has no software of spyware installed. Each phone that are sold comes having similar functions to some degree.